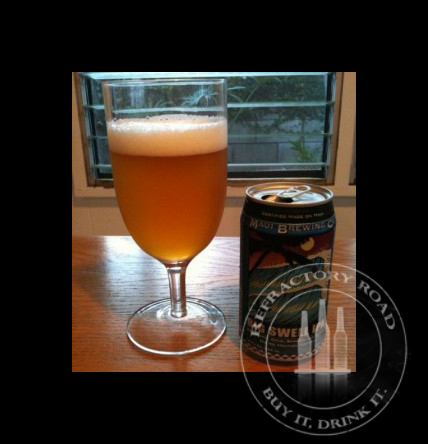 Big Swell IPA is made by a Maui brewer.  It’s a solid IPA — full bodied, hoppy, bitter with a bite but not overly done.  Costs about $10 a six-pack at the local stores.  One of my standard beer purchases.  I like this stuff.

A unique thing about this beer is that it comes in cans instead of bottles.  When I see cans, I think of crap beer like Budweiser, PBR, Old Milwaukee, Milwaukee’s Best, and all that other mass-production, urine-based swill.  So, when I saw Big Swell IPA for the first time, I was a bit hesitant.  But now I can actually say there is, in fact, a good beer that comes in a can.

On the label, the company explains the cans as being better at maintaining freshness than bottles.  I don’t know how accurate that is, but I can say the aluminum isn’t hurting the quality of this beer.

POSTSCRIPT:  Here we are, months later, and this is still a standard beer purchase for me.  Right up there with Anchor Steam in my rankings.