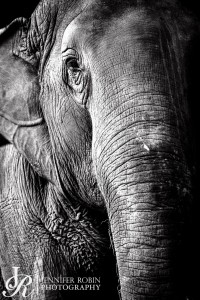 The center is located some 33 kilometers outside of Lampang, on the highway to Chiang Mai. We got there by taking a bus from the Lampang Bus station, which cost us 60 baht.  We got back to Lampang by waiting at a bus stop of sorts outside the Center, on the side of the highway. Eventually, a bus came to a roll to let us jump  on (it never really came to a stop). The return bus ride cost us 80 baht. I can’t explain the difference in price.

Within a short walk of the highway is the ticket booth and some stands for snacks and trinketry.  We were charged an 80 baht entrance fee, each.  Once given the tickets, we noticed that 20 baht of this was for the shuttle into the main area of the center (about a mile away on paved road), and 60 baht was for the elephant show (which we did not want to see). Lesson here, perhaps, is to specify whether or not you want to see the show; if not, maybe you’ll save 60 baht. Also, if you are up for walking, maybe you could skip the shuttle fee, too (we left the center by walking, and no one seemed to give a rat’s ass).

The main area of the Center is built around a central office building and “museum,” both small affairs. Near that is a restaurant.  Within a few minutes walking distance of these is an elephant riding area, an elephant bathing pool, a medical treatment area (called an elephant hospital, but looked like a clinic at best), the place where the elephant show is performed, housing for the staff, and some other small buildings. A little bit farther out is a camping area and the Chang Thai Resort.

Time to digress a bit on the Chang Thai Resort…

We stopped here on the way to Lampang, thinking we’d spend a night or two to more easily explore the center. Well, after taking a look – including an examination of some of the bungalows – we ran away, and paid a crazy expensive taxi fee to get away fast.

Do not even think about staying at the Chang Thai Resort. It’s a dump. The bungalows are stinky, nasty bad.  On top of that, it’s way overpriced at 1,000 baht a night.  It looks like this might have been a really nice place at some point, but that time has passed.

If you are insistent on spending the night at the elephant center, you’d be better served pitching a tent on it’s campgrounds.

Our real interest in the elephant center was the mahout courses it offers, which are advertised as multi-day courses in elephant handling. Sounds pretty good on the web site. We planned on checking the center out for one day to see how things looked; and then, if they looked good, signing up for one of the courses.

Well, we weren’t incredibly impressed with the center. Sure, there are elephants, but the staff keeps you and the elephants apart – unless you pay to ride one, or you pay to feed one bananas at a designated area.  There are not the opportunities to interact that we had hoped to find. Instead, it was more akin to a Sea World Park – albeit on a much smaller scale.

We did manage to gain some interaction with two elephants in a holding area, thanks to a handler who let us violate the “staff only” signs.  This was the best part of the visit.

There is a twice-daily elephant show that we did not watch.

As to the mahout courses…

Well, we decided against it, for three reasons. First was the general amusement park feel of the place. Second was the course schedule, which included participation in the twice-daily elephant shows.  It looked more like you were just going along with the handlers in the daily execution of the tourist schedule (another elephant ride for guest amusement, on a grander scale), and less like you were were learning about elephants and elephant handling (at least in the way we had envisioned). Third, the handlers use the spiked mahout tool to control the elephants, and Jen wanted none of that.

Overall, the center was a bit of a disappointment, perhaps a result of raised expectations on our part. But then again, I went to an elephant camp north of Chiang Mai in 2009; and it offered much, much more interaction with the elephants than this.

While we were disappointed, I imagine that other folks, with different expectations, may like the place.