We reserved a bungalow at the Ubon Buri Hotel and Resort after cross-referencing recommendations on Agoda, TripAdvisor, and Lonely Planet. It proved itself to be an over-priced disappointment.

The hotel is located south of the city proper, about a kilometer south of the river. To its east is a building supply operation whose warehouses are immense. To its south is a waterway.

The hotel consists of a handful of common space buildings that include reception, the restaurant, and a convention center; a main building with standard-type hotel rooms; and several bungalows.

We stayed in a bungalow.

…well, maybe I should say bungalows.

After one night, we changed bungalows, the first having suffered from a lack of hot water, a lack of cold water to the shower, and a lack of phone connectivity.

The second bungalow rectified these problems, but still suffered from poor maintenance – peeling paint, mis-matched paint touch-ups, water damage to the walls and ceilings and areas around the air conditioning units, poor drainage in the sink and shower, and holes in things that had never been filled. The bed frame in the first bungalow was broken. The floor mat used for lounging in the second bungalow was disgustingly dirty.

The standard off-season rate for a bungalow is 1700 baht, making this an expensive place. Considering the state of repair, it’s way over-priced.

Breakfast is included, which is a buffet-style affair with an eggs-to-order station. There’s not much in the way of vegetarian options. It’s all kinda marginal.

The free wi-fi Internet access only worked in the lobby, and then only intermittently, making it near-useless.

The cost for laundry service was insanely expensive – 100 baht just to wash a long-sleeve shirt (ironing not included).

The staff was plenty nice, but was not exceptionally knowledgeable about things like motorbike and car rental.

Bottom line is that we cannot recommend this place. Had it been 800 baht or less, it would have been acceptable. But at 1700 baht it should have been a lot, lot more than it was. 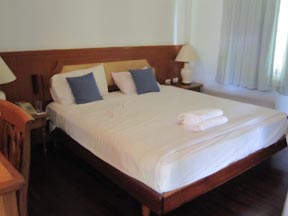 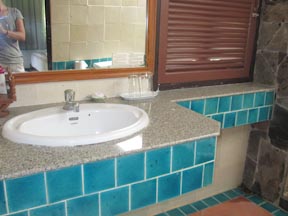 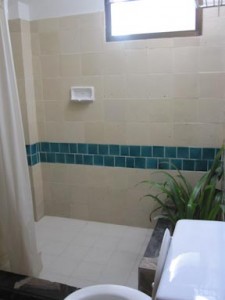 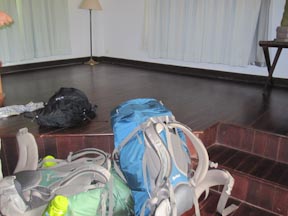