This is a not that great a place. It doesn’t completely suck, but it’s over-priced for what it is. We stayed here one night, and then bailed for much, much better – and more expensive – accommodations at the Inthira Hotel.

First off, any description of the accommodations at the Anouxa as having bungalows is dead wrong. There wasn’t a single one to be had. Our definition of a bungalow is a detached, stand-alone structure. All of the rooms at this place, however, were part of buildings containing at least one more room. That ain’t a bungalow.

The room we stayed in was a “family” room with two beds, and at the top end of the guesthouse’s price list. It consisted of a basic, box-like main room for the bedroom; and a smaller, box-like room for the bathroom. The larger of the two beds had a box spring for a mattress. There was a small refrigerator and air conditioning, although neither of these were functional at first. The floor was wooden planks with large gaps, probably due to un-cured wood being used in the build. The walls were dirty. The bed spread had a Minnie Mouse theme. There was no Internet access, in either the rooms or common areas.

The bathroom was a water closet arrangement with a self-flushing Western toilet. There was a slow leak in the shower’s water line, which kept the bathroom floor continuously wet.

Overall, the construction and maintenance were at the low end, and reminded us of the Souksavan Guesthouse in Vieng Thong, northern Laos. The difference was that the Anouxa charged us $25.00 US, where the Souksavan had charged us just $6.25 US.

The restaurant was poor. For lunch, they made us a papaya salad that literally tasted like dish soap. At dinner, we had to get up and leave, as the bugs were so thick they made things unbearable (other places have manage to crack the code on bug reduction, using lighting and other schemes).

This may not be the worst place in Champasak, but it’s also not the best. Given the pricing, it’s well worth paying a few extra bucks and doing a serious upgrade to the Inthira Hotel. 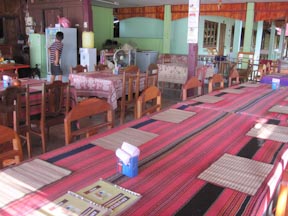 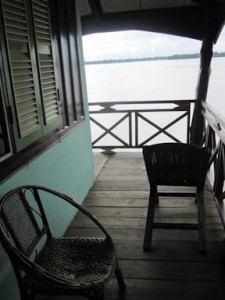 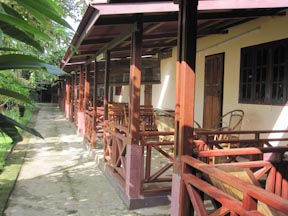 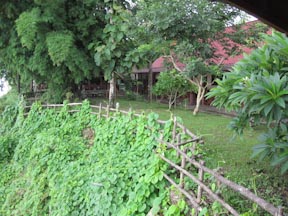 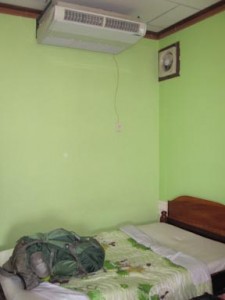 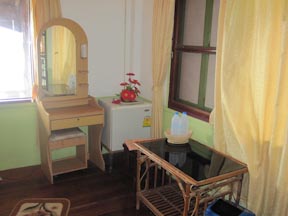 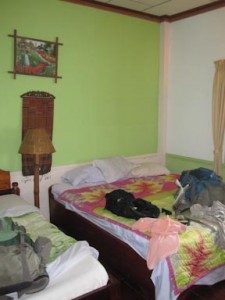 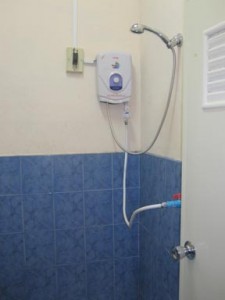 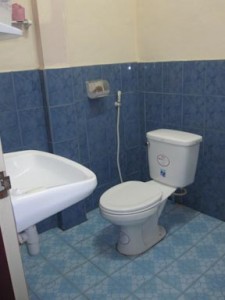