This restaurant is located within a few kilometers of the west gate of Ramstein Air Force Base.

It’s obviously popular with base personnel, as evidenced by the English menus, American 1970’s music playing on the sound system, and the number of uniformed American airmen at the tables.

We ate here three times, and had two different salads, as well as a vegetarian pizza. The salads were good and large. The pizza was marginal. A small basket of bread was provided when we were seated. There are a handful of beers on tap.

Each meal, with a beer each, ran about 20 euros.

Overall, Paradox is a decent restaurant. It’s not a place with culinary masterpieces, but you can get fed something decent for a reasonable price. 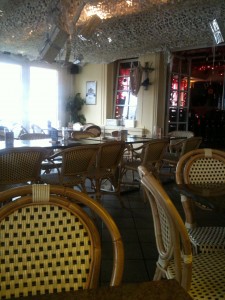 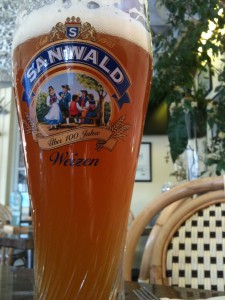