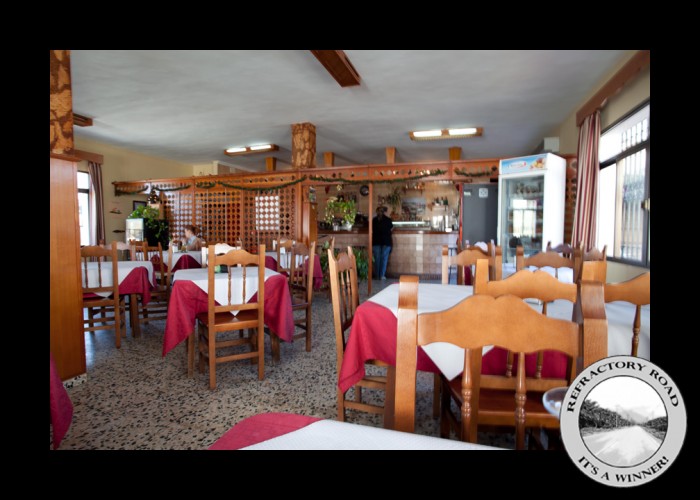 There appeared to be a lot of local patronage of this place, which is always a good sign. The parking lot was usually full.

We ate here on three occasions. After some language struggles, we discovered a handful of vegetarian options, including a chickpea soup that was pretty darned good. The olives in the appetizer plate were the best olives we had anywhere in Spain.

The staff was generally nice, in the reserved fashion of rural Andalusia. One of the ladies was warm from the start, and understood things vegetarian; one was cold at first, but warmed with time and familiarity. Not much English was spoken, so we had to work our limited Spanish vocabulary.

We liked Troyano, and consider it a winner. If in the Jimena area, give it a shot. Have some draft beer, a tray of olives, and some chickpea soup.