In December 2009, Jen and I went to Costa Rica for the first time. Jen had always wanted to go there, having heard about it for years from friends who had gone. As for me, it was one of two countries I was contemplating for my next trip abroad.

Read the post below for the story of our trip. For additional photographs from our Costa Rica trip, go to the Refractory Road Flickr site. The link is on the right. 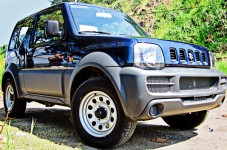 THE PLAN The centerpiece of the trip was to be Corcovado National Park on the Osa Peninsula, which is located on the southern Pacific Coast of Costa Rica.  Corcovado is considered the most remote and least visited of Costa Rica’s national parks, and is heralded for having been described by National Geographic Magazine as the planet’s most biologically diverse location, where monkeys […]