Jen is vegan — no meat, no dairy, no animal products of any kind. So, now Dan eats vegan, too (well, mostly…he still braves the mercury and eats fish every now and then).

One of the most frustrating things for a vegan in the United States is trying to find a restaurant that serves a decent vegan meal. Walk into a restaurant that isn’t specifically dedicated to vegan fare, and your inquiry into what they can offer a non-animal-product-eater is often “nothing” or “well…there is the house salad.” Of course, you do occasionally get the pleasant surprise of a place that will modify a menu item or custom-create something unique, but these places are few and far between.

It isn’t a cake walk outside the States, either. Even in Buddhist countries like Thailand and Laos, meat reigns supreme. Toss in language barriers, and eating vegan is no small challenge.

As we travel about the globe seeking a decent vegan meal, we’ll offer our observations on restaurants we have visited, cuisine we have sampled, and recipes we have found.

We have also thrown in some restaurant reviews for the San Francisco Bay area, Portland, and Hawaii.

Review of the Kiwi-French Crepery in Oban on Stewart Island, New Zealand.

Review of the Razza Bar and Cafe, Twizell, New Zealand

Review of the Fat Duck in Te Anau, New Zealand.

Review of Ziff’s Cafe and Bar in Otatara, New Zealand. 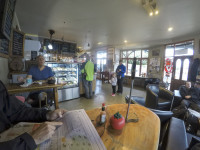 Review of the Sandfly Cafe in Te Anau, New Zealand. 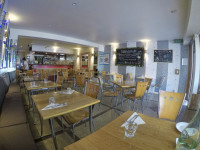 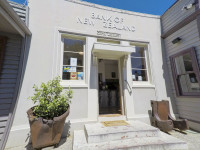 Review of the Bank Cafe in Clyde, New Zealand. 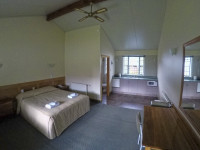 Review of the restaurant at the South Sea Hotel in Oban on Stewart Island, New Zealand. 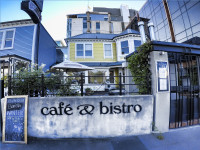 Review of the Villas Restaurant in Christchurch, New Zealand. 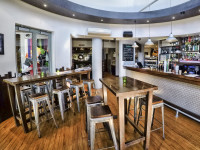 Review of Fiddlesticks restaurant and bar in Christchurch, New Zealand. 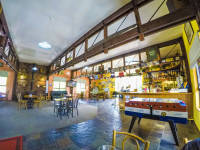 Review of the Bealey Hotel’s restaurant in Bealey, New Zealand. 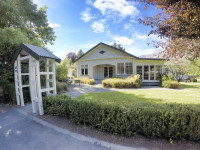 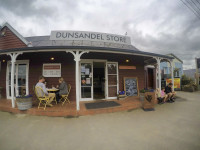 Review of the Dunsandel Store restaurant in Dunsandel, New Zealand. 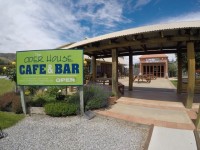 Review of the Cider House Cafe in Cromwell, New Zealand. 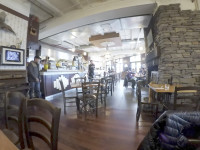 Review of Ivy and Lola’s Restaurant in Queenstown, New Zealand.

Review of the Taj Restaurant in Koror, Palau. 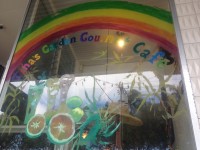 What is it about Thai food and the Big Island?  Volcano, Pahoa, Hilo, food trucks on the side of the roads… Thai eateries seem to be everywhere. Tina’s Garden Gourmet Cafe is another restaurant that serves Thai food.  It is located in the old part of Hilo; in a row of small shops, eateries, and markets.  We happened into it […] 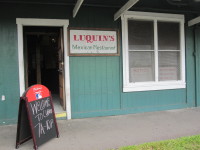 Luquin’s is located in the town of Pahoa, in the Puna District of the Big Island.  For this area, it is a big establishment, with a large number of tables and booths. We think that the quality of a Mexican Restaurant is defined by two things: its salsa and its margaritas.  We did not try the margaritas at Luquin’s, but […] 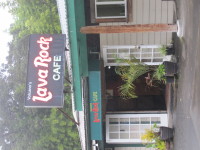 Lava Rock Cafe is located in the town of Volcano, near the entrance to the Hawaii Volcanoes National Park, on the Big Island of Hawaii. We have been to this cafe twice over the years, and ordered their only vegan-friendly option on both occasions: a garden burger.  It is a poor thing with a cheap, white bun; a reheated patty […] 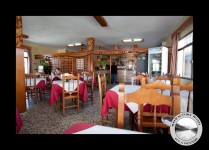 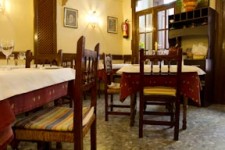 This is one of many, many restaurants near the bullfighting arena and the Plaza del Socorro. It is located between the two, on Calle Espinel. We had lunch here twice, during which we ordered both a pizza and a vegetarian paella. It was the paella that drew us in both times, as vegetarian options can be a hard find in […]

This restaurant is located in Gibraltar’s Casemates Square. We stopped here because they had some vegetarian options on the menu, and ordered a vegetarian pizza, vegetarian brochette, some potato wedges, and a couple draft beers. The pizza was a flop, with sauce that tasted like tomato soup. It had corn on it, which is something we haven’t seen before, and […]

This restaurant is located within a few kilometers of the west gate of Ramstein Air Force Base. It’s obviously popular with base personnel, as evidenced by the English menus, American 1970’s music playing on the sound system, and the number of uniformed American airmen at the tables. We ate here three times, and had two different salads, as well as […] 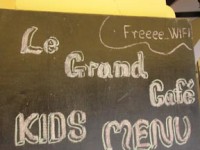 Le Grande Cafe is located on street corner, right across from the Psar Chaa market. It’s a two-story establishment, with balcony seating upstairs. This is an attractive joint, that looks a little high-brow, particularly when compared with its neighboring establishments. Everything is all clean and shiny and Western, right down to the uniforms worn by the wait staff. It’s old-school […]

This restaurant is located near the bus station. Everything on the menu is vegetarian, and the selection is wide – everything from variations on the hamburger theme; to soup and dipping pots that you cook at the table, and that can feed a small family. The standard range of typical Khmer offerings are available, in vegetarian form. The place is […] 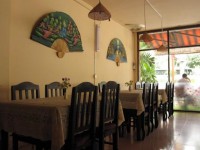 We went to Thai Thai for lunch, having seen it several times. It’s off Airport Road, close to the intersection of that road and the main road to Angkor Wat. This intersection also has a convenience store with colors and logo that look a lot like those of the 7/11 chain. We initially ordered items vegetarian items on the menu […]