In many ways, our travelogue is dedicated to the Refractory Road band and its members.

You might have heard of them. They originally got their start in the San Francisco punk scene in the 80’s. Some folks thought they’d make it big, but they were hampered by a refusal to do anything that even had a hint of commercialism, so they never played a big venue or had a major recording release. In fact, there were only a handful of recordings made by the band, and those were kept close hold — but we managed to dig up some bootleg copies.

The band was known for sarcastic lyrics based upon contemporary social themes.

The band’s lead singer was known for her unique, declarative style; although some critics said she talked more than she sang. Once, when asked about that during a Rolling Stones interview, she simply replied “F**k you,” and walked out of the interview. As the critics might have guessed, she wasn’t exactly singing the words.

Other critics felt the band was hampered by its drummer, who never did fills, pretty much stuck to a basic 4/4 rock beat, and was considered by many to be simplistic. When asked about this, he usually just replied with a “yup,” and grabbed another beer.

As far as we can tell, no one really knows what happened to the band. Some say they started playing small venues in Europe under different names, but this has never been confirmed. A popular urban legend had the guitarist teaching viola in an African village.

Well…for now…enjoy some of the bootleg recordings of the Refractory Road band.

The embedded audio player might take a few seconds to load, so please be a little patient.

A newly-found recording from the band.   One of the band members had a girlfriend named Jen.  Apparently, she was particular about laundry, which gave the band inspiration for this song.   Push the play button to listen.

Well, we found another of the band’s recordings in the attic. This one is really a vocal — no instruments. The lead singer managed to record the guitarist’s rant one day, as he was being swarmed by flies during the band’s tour of Australia. As a joke, the drummer and the bassist helped her build a little ditty around the […]

Well, here’s a recent find! It’s a never-released song by the Refractory Road Band, from the dark days of the break-up before the break-up. We just found it in the attic of a sister-in-law of one of the band members. The story goes like this… The lead singer left the country for several months. She was trying to find herself […]

Refractory Road Band: “The Me Song”

And yet another resurrected song by the Refractory Road band. Just about everyone knows somebody like this.  Someone whose sentences always contain the words “me,” “my,” “mine,” or “I” — even when the conversation is about you, or someone or something else. Click the play button below to listen.

Here’s a bit of social commentary by Refractory Road on drugs, unwanted pregnancy, and the influence of modern media.  Then again, maybe the band was just telling another trailer park story. Click the play button to listen. 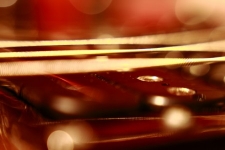 This Refractory Road song is for Dana, the lead singer’s favorite cross-dresser and a superb house-cleaner.  It’s from the band’s early days, playing the San Francisco punk scene. A word of warning: This is not a G-rated song.  Send the children to another room. Click the play button to listen.

This is one of our favorite songs from the Refractory Road band.  It’s about a girl having had enough, leaving her douche-bag guy, and taking the dog and truck with her. It was rumored that the band really came from the wrong side of the tracks of a small Southern town, not San Francisco.  This song makes you think the rumor […]

Here’s “Mister,” by the Refractory Road band. The band said it was a wonderful little story about love at first sight, but we think it’s really a cautionary tale about picking up psycho chicks in bars. Click the play button to listen.