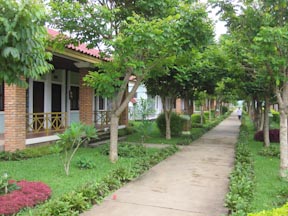 So, what do you get for this heft price tag?

The suite had hardwood floors, a Western bathroom with self-flushing toilet and no-kidding bathtub, refrigerator, television, fireplace, balcony, couch and chairs in the mainroom, queen bed in the bedroom, decent furnishings, and a good state of maintenance. If it had only had a kitchen, we could have lived there. It was the size of a small one-bedroom apartment.

Oh…and there were no ant trails, roaches, spiders, or other things crawling about on the floor, which was very noticeable because we have become so accustomed to at least having an ant trail.

The only thing it lacked was wi-fi Internet access in the room. The staff said the wi-fi was broken. We could get online, but only through hard wire in the lobby.

Breakfast was included with the room. It wasn’t exactly spectacular, being the standard crappy Laotian coffee, some fruit, a baguette, and eggs. We also had dinner there, which was decent and about 20% higher in price than joints out in town.

Overall, it’s an upscale place by Laotian standards, and you pay a bit for the luxury.

After spending a night, we read some reviews on various web sites, like Agoda.com and TripAdvisor. The overall rankings tended to be a bit lackluster, with some of the reviews being negative. We would disagree. Perhaps the authors of these reviews had not been outside the major tourist areas of Luang Prabang and Vientiene, because by comparison with most places we have stayed in Thailand and Laos, the Vansana is upper-tier.

Just to make sure we had made the right choice, we took a look at another hotel in Phonsavan, the Auberge de la Plaine des Jarres. This place is an “Our Pick” in Lonely Planet, and gets high marks in online reviews. We would say that those reviews are excessively high, and that Vansana is the better option, given that they are both comparably priced.

So, if you are in Phonsavan, and looking to treat yourself to a little upscale, we would recommend Vansana. 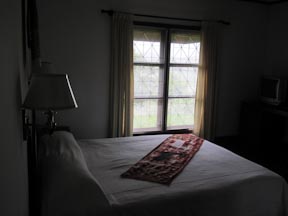 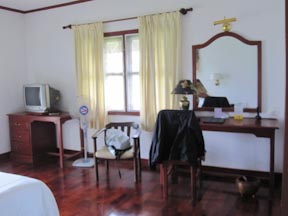 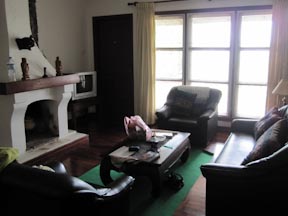 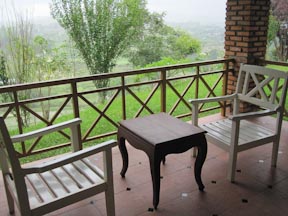